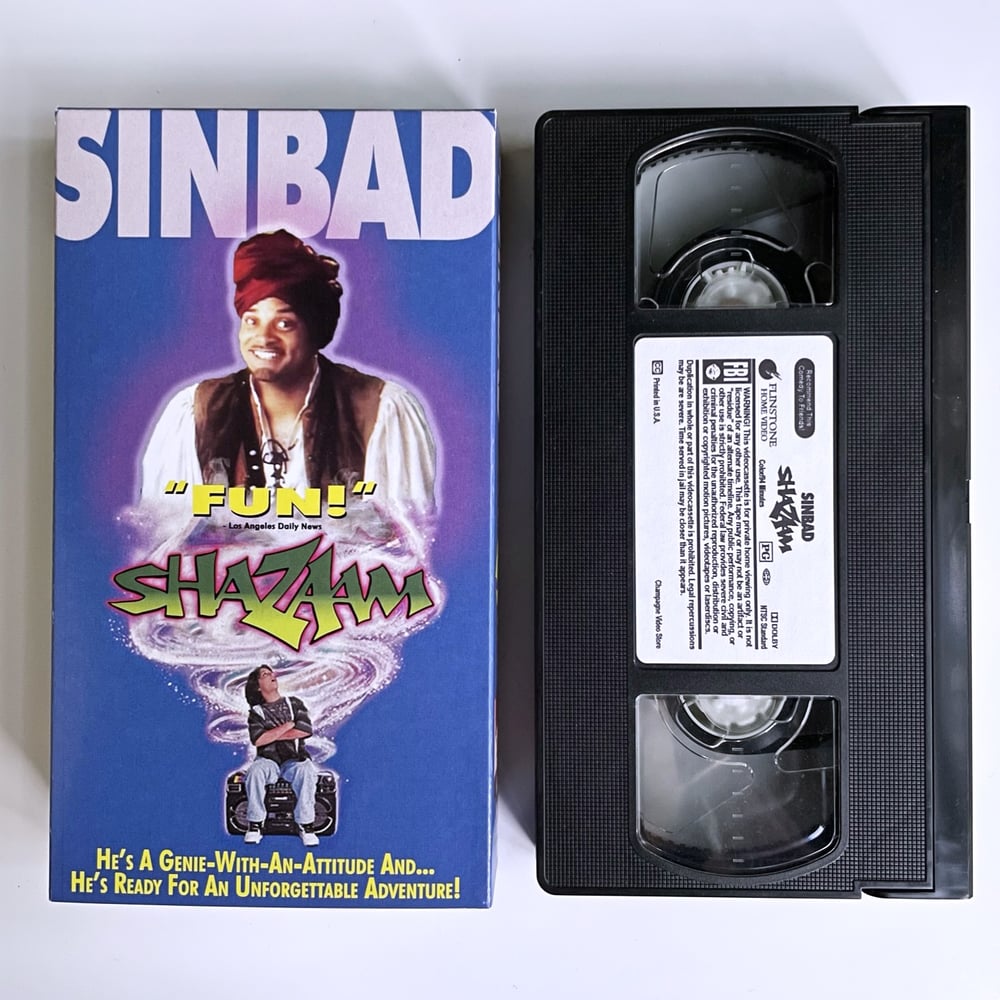 Remember that time Sinbad was in a genie movie?

No, I'm not talking about Kazaam with Shaq. I'm talking about Shazaam. We all rented it from Blockbuster back in until day. But nowadays? It's like the movie doesn't exist. Nothing on IMDb, Wikipedia, or anything. Some people say I'm misremembering things, but I think there is a much more simple explanation: our reality has merged with an alternate universe and the lack of info about this movie is the only evidence. Us believers call this the Mandela Effect.

This is a uniquely made VHS replica of Shazaam, the film so many 90's kids are convinced is real, despite the complete lack of evidence. The entire box is a tribute to the Mandela Effect.

This box and the labels were designed to be identical to a real life VHS release for an actual movie. The cover and the design on the back were painstaking recreations of the Kazaam box art, but adapted to resemble the collectively remembered Sinbad movie. Best of all, the box also includes tons of references to other Mandela Effects: the Bearenstein Bears, Fruit Loops, and even Fruit of the Loom cornucopia. The description on the back, the credits, even the production studio logos, and more all tie back to popularly reported Mandela Effects.

I should point out that THIS TAPE IS NOT REAL. It is FOR DISPLAY PURPOSES ONLY. There is an actual tape with a label that says Shazaam. However, if you put the tape in a VCR and press play, you won't see Sinbad grant wishes (you'll probably see the movie Chairman of the Board or something). This is a novelty item. Fun to have on the shelf or give to a friend who believes in the Mandela Effect.