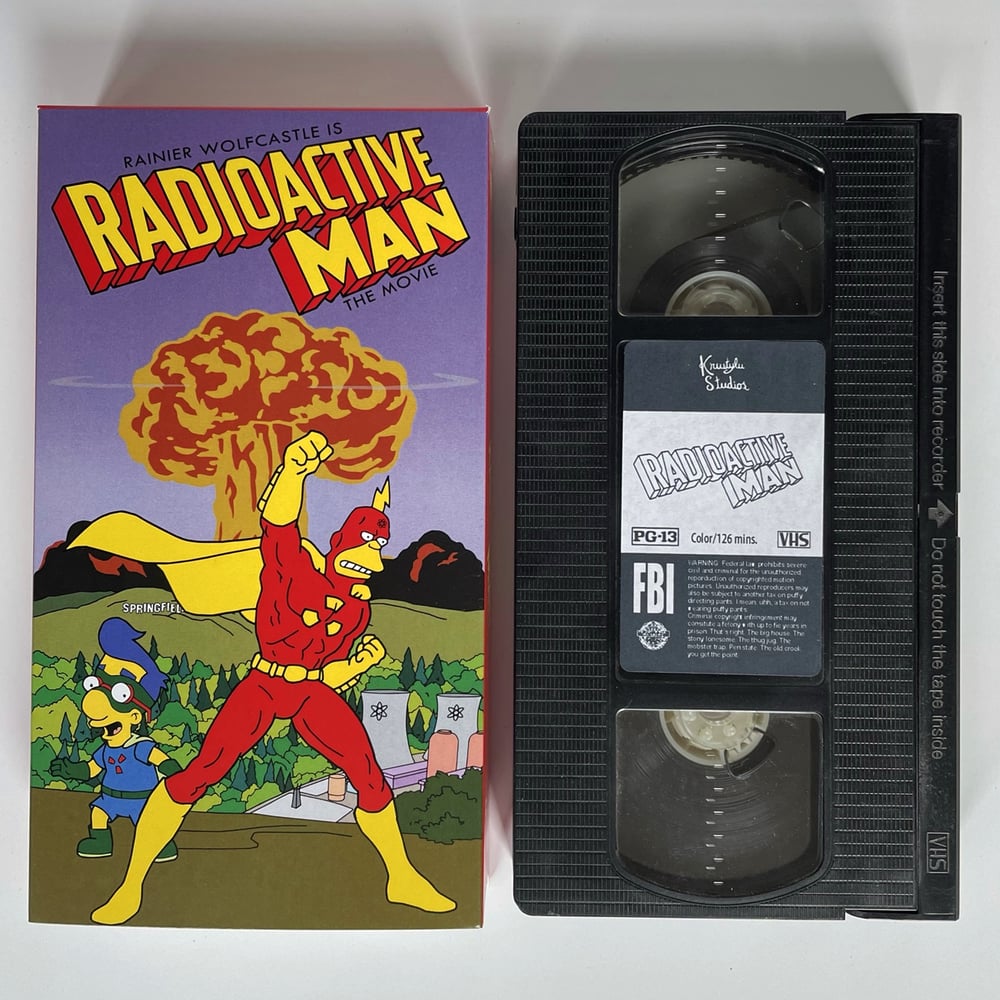 "Look out, Radioactive Man! The sun is exploding again!"

This is a uniquely made VHS replica of the Radioactive Man movie, the fictional film from The Simpsons. This is the big budget superhero movie being filmed in Springfield that stars Milhouse as Fallout Boy in the episode "Radioactive Man" (S07E02), one of the show's all time classics. The entire box pays tribute to various jokes throughout the episode and The Simpsons in general, from the incessant use of "Jiminy Jillickers" to the movie reviews on alt.nerd.obsessive.

This box and the labels were designed to be identical to a real life VHS release for an actual movie. The cover is an original composite of various screenshots of the show, put together in a Simpsons-style illustration to resemble what the real poster would probably look like. The box also includes tons of hidden references to the show. The description on the back, the credits, even the copyright warning, and more all tie back to Simpsons jokes.

I should point out that THIS IS FOR DISPLAY PURPOSES ONLY. There is an actual tape with Radioactive Man labels inside the box. However, if you put the tape in a VCR and press play, you won't see Rainier Wolfcastle get covered in toxic waste (you'll probably see the Coneheads movie or something). It's a cool piece of memorabilia to have on the shelf or give as a gift to a fellow Simpsons fan.