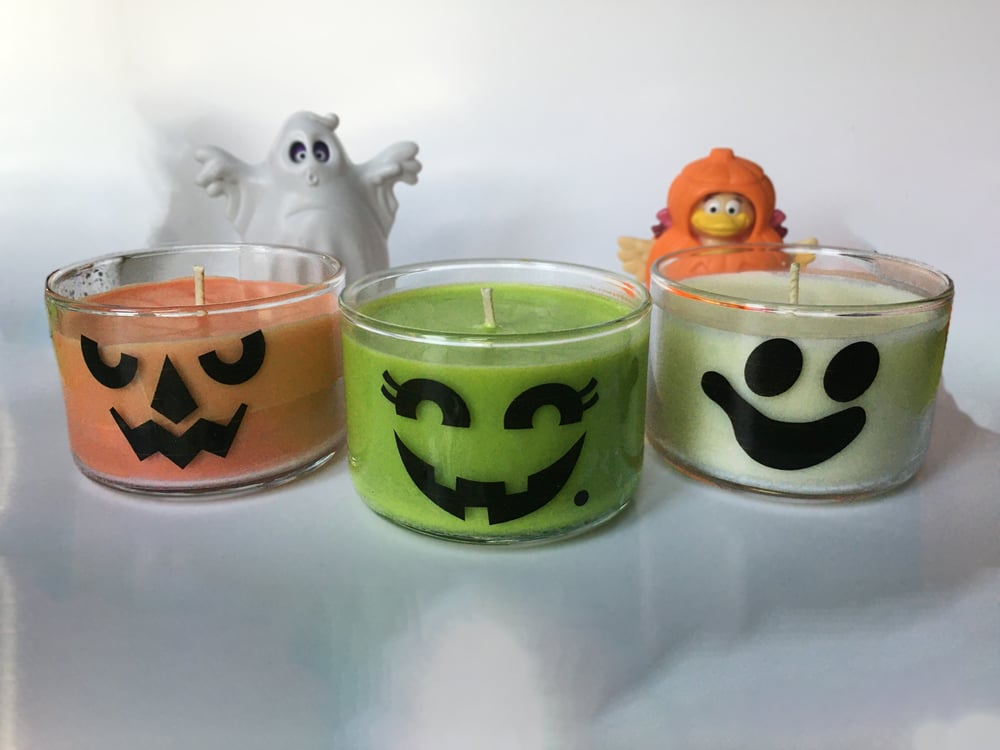 For most Octobers between 1986 to 1994, McDonald's would package their trademark Happy Meals in plastic pails rather than cardboard boxes, with the implicit idea that kids could use them for holding candy while trick-or-treating. The pails had faces to resemble jack-o-lanterns, witches, or ghosts and they became firmly implanted in the minds of many children from that era.

Inspired by the McBoo pails that McDonald's gave away in the 80's and 90's, this is a set of three 4 oz candles that mimic the look and smell of McDonald's back in the day. All candles are hand-poured soy wax into glass tumblers and have a burn time of 15 hours each. Each candle has a unique scent that's inspired by a different item on the menu of the fast food chain:
👻The white ghost candle smells like Coca-Cola. It's the same fizzy scent of carbonated cola you get straight from the fountain machine.
🧙‍♀️The green witch candle smells like the hot apple pies that McDonald's serves. It's a warm, sweet scent that is reminiscent of those little apple pies back from when they used to actually fry them.
🎃The orange pumpkin candle smells like french fries. It's a subtle fragrance with touches of starchy potatoes and hot vegetable oil.

Perfect for decorating your home or filling it with pleasant fragrance during the Halloween season. This is an extremely small batch of candles, created by hand. Hopefully more will be made soon, but there aren't many available now.