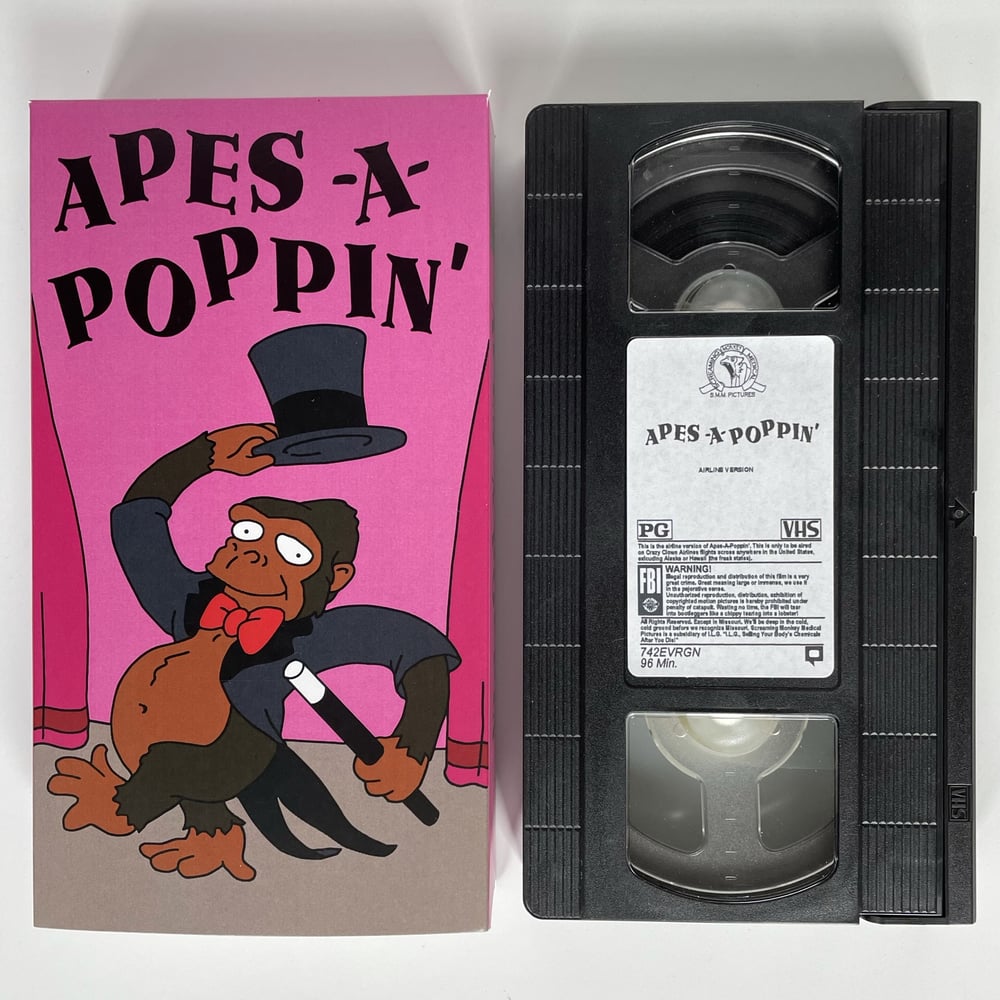 This is a uniquely made VHS replica of Apes-A-Poppin', the fictional movie from The Simpsons. This is the tape that Bart rents in the episode "Homer Simpson in: Kidney Trouble" (S10E08), arguably one of the last great episodes of the show's golden era. This is apparently Homer's favorite gorilla movie, a very specific subgenre he is a fan of. The entire box actually pays tribute to the surprisingly long tradition of ape-themed jokes in The Simpsons, from the Planet of the Apes musical to the "blurst of times" gag.

This box and the labels were designed to be identical to a real life VHS release for an actual movie. The cover is 100% screen accurate to what is seen in The Simpsons. The box also includes tons of hidden references to the show. The description on the back, the credits, even the copyright warning, and more all tie back to Simpsons jokes. It is also themed closely after the actual film Hellzapoppin', which Apes-A-Poppin' is parodying.

I should point out that THIS IS FOR DISPLAY PURPOSES ONLY. There is an actual tape with Apes-A-Poppin' labels inside the box. However, if you put the tape in a VCR and press play, you won't see a jazzy all-ape musical (you'll probably see the someone's videotaped copy of Murder She Wrote or something). It's a cool piece of memorabilia to have on the shelf or give as a gift to a fellow Simpsons fan.