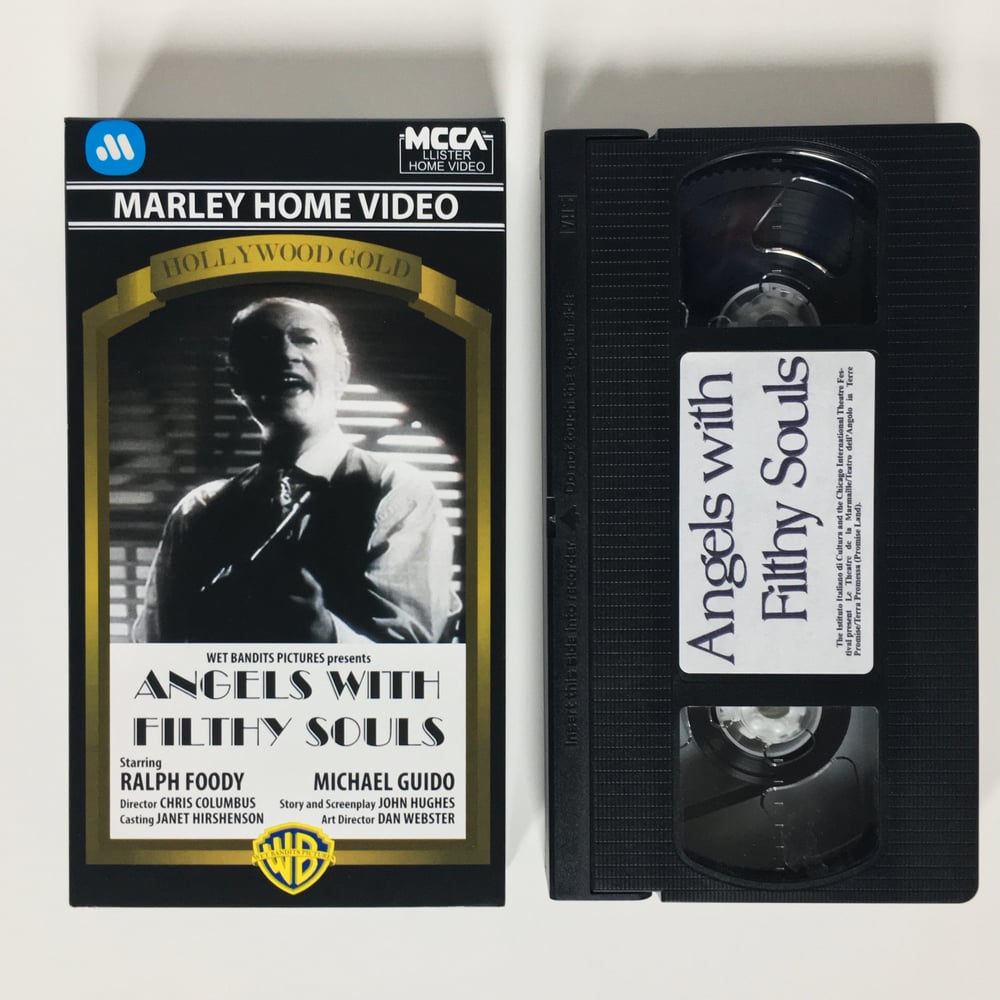 "Keep the change, ya filthy animal!"

This is a handmade VHS replica box of Angels with Filthy Souls, the fictional movie within Home Alone. It's the movie that Kevin McCallister (Macaulay Culkin) watches when he has the house all to himself ("Guys, I'm eating junk and watching rubbish! You better come out and stop me!"). Kevin later uses the audio from the tape to scare away a pizza delivery man and the Harry and Marv ("I'm gonna give you to
the count of ten to get your ugly, yellow, no-good keister off my property before I pump your guts full of lead!").

The box and labels were designed to be identical to a real life VHS release for an actual movie. The box design is modeled after Angels with Dirty Faces, the real-life gangster movie that served as the inspiration for the Home Alone gag. The box is full of tons of references to Home Alone, from the actors to production logos and more. Look hard enough and you'll find references to Gus Polinski and the Kenosha Kickers, Little Nero's Pizza, and the South Bend Shovel Slayer. The tape itself has labels that are entirely screen-accurate to a shot of Home Alone where Kevin loads the tape into a VCR.

I should point out that THIS IS FOR DISPLAY PURPOSES ONLY There is an actual tape with Angels with Filthy Souls labels inside the box. However, if you put the tape in a VCR and press play, you won't see an old gangster shoot a tommy gun at some guy named Snakes (you'll probably see the movie Coneheads or something). It's a cool piece of memorabilia to give to a fellow Home Alone fan or to have on the shelf during December for decoration.